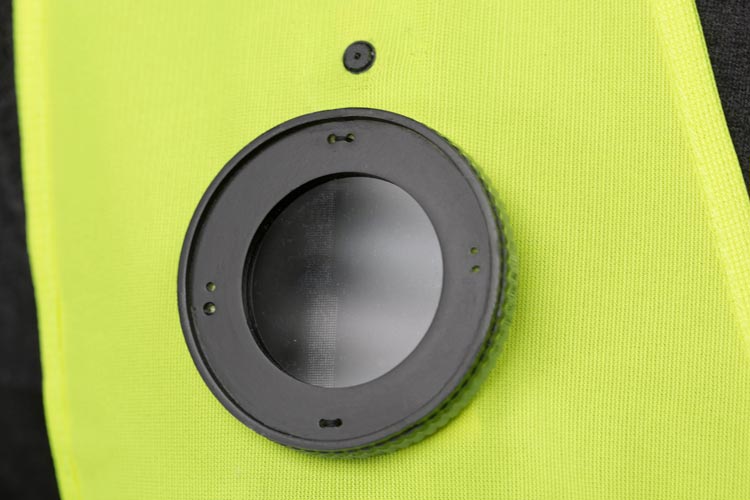 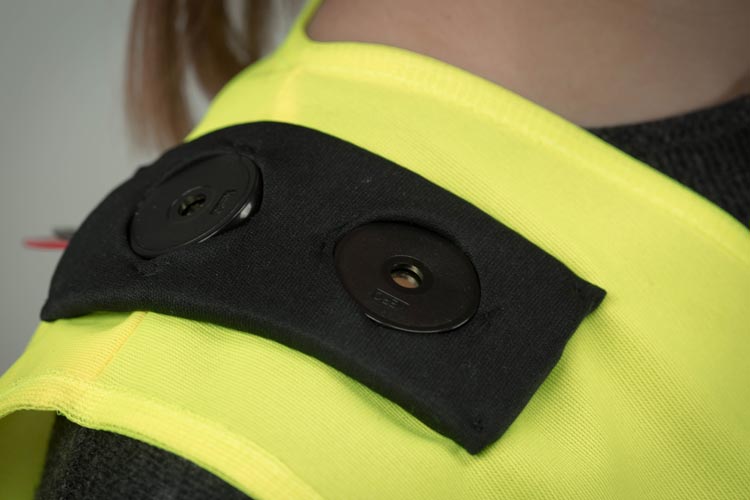 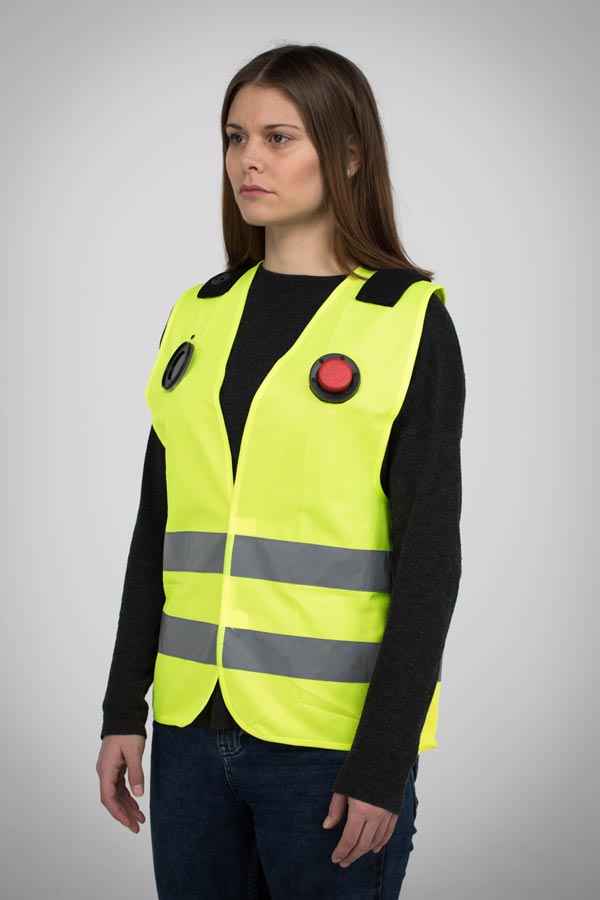 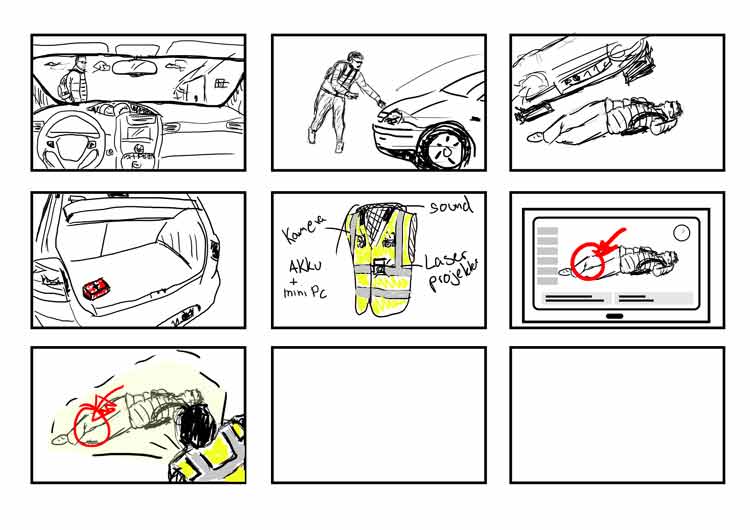 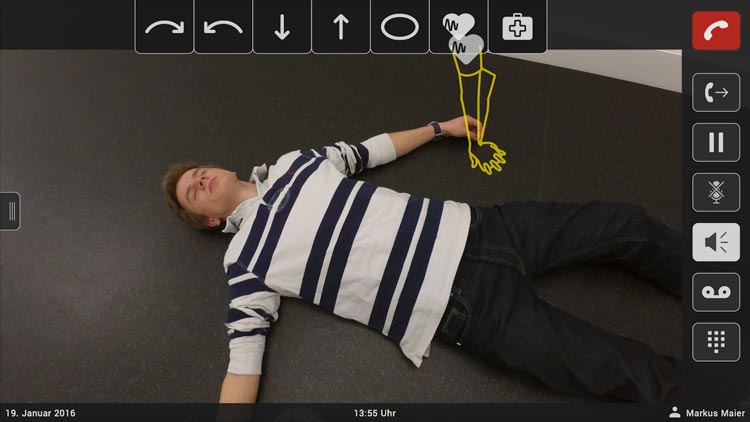 The fact that the first aid courses are often dated back many years produces uncertainty and fear of critical emergency situations. The more complex the instructions are to become the less they can be transferred/perfomed. Moreover there is just the auditory component of the communication between an expert and an ordinary person which additionally causes problems. These were some of the basic core conclusions. It was also tried to note the most important customer insights from both participants – how do they feel or react, what do they have to do? As an ordinary person who arrives at an accident location clear thoughts can often hardly be captured. This means a simple, self-explanatory and low-complexity handling is needed. In contrast the expert has to recognize the clinical picture as fast as possible and then take care to give the right instructions to the first aider. The most important part in this case is the communication between the two participants. The single aural form can cause a lot of misunderstandings such as exaggeration about the situation or that an expert might choose terms that an ordinary person cannot understand.

The focus should be to provide the first aider with not only the auditive component but also a visual instruction. This visualisation has to be very simple and absolutely clearly so that the aide isn't alienated but supported in rendering first aid. Moreover the system should motivate the people to make the first move to help in an extreme situation. The connection between the control operator and the first aider is achieved by the currently existing reflective vest which has to be carried along obligatory in a vehicle already in most of the european countries. The exact structure can be gathered from the following graphic.

A common scenario would take place as the followed: Instead of searching for the mobile phone to call for emergency the first aider puts on the reflective vest out of his car. After having identified the casualty's situation he can, if necessary, directly make the emergency call by pushing the red button integrated in the vest. Because of the built-in camera the operator receives a live broadcast of the accident location.

The control operator is able to interact with the touchscreendisplay in front of him by using intuitive gestures, a touchpen or shortcuts on the keyboard. This display also shows him the live broadcast of the accident location. Instructions which are drawn by the operator on the display are then exported directly at the location via projection. The operator can either draw freehand or position pre-assembled elements or animations. Therefore the first aider is able to see the instructions in a simple form and knows not only what to do but exactly where.

The projection was tested with a little projector, to find out which colors are the most recognizable and if the whole system works during a light day as well.

The Prototype which consisted of a tablet, a touchpen, a webcam and the projection, was created with Processing including some libraries. Instead of the real tablet which the operator later would use a regular graph tablet was taken. It is able to draw on the tablet and it is passed off as projection. There was also produced a physical prototype. An usual reflective vest was fitted with the new components. The pictures can be seen on the top.

Prev Project
This is some text inside of a div block.
Next project